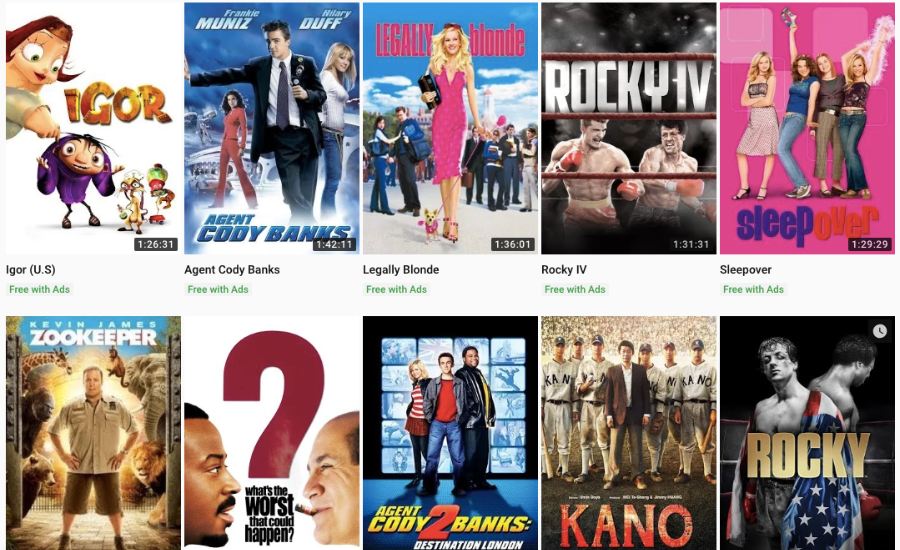 Hulu, created by NBC, Fox and Disney and Crackle created by Sony- are two sites that offer free Hollywood content in exchange for the audience to see advertisements. Do they show new releases? Of course not, but still worth they are worth it. The site IndieMoviesOnline offers independent films without even registering to the site; several of these have been through the international festival circuit.

Sites like IMDB offer free online movies, a selection of short films, and some exclusive original as the second part of the documentary Bomb It! (2007, Jon Reiss). Fear Net is a site of horror movies online for free, which includes short ones and web series.


Jaman, a site for independent film exclusively online, offers some free movies and providers like Netflix or Blockbuster feature not only the famous free trials to test the service for free, but their catalogs of tens of thousands of online movies have no limit of films to watch once you pay about $10 a month. They are not free but are not far from it compared to the price of a movie ticket, especially if watching movies online daily.

And if that were not enough, the Internet Archive is a huge database of movies, cartoons and digital series that are already in the public domain, you can access it created for researchers, historians, people with disabilities and the general public with free access to these materials.

The sites Taringa or Cuevana are popular with younger Internet users to pay for content of interest that have already been in the eyes of justice, and allege that their content is uploaded by users; they almost cannot control it. In other words, they do not provide illegal content, unfortunately only one space though used illegal sites to earn advertisers with ads that somehow collaborate with piracy. The reality is that if you have a restaurant where your customers feel, eat, drink and sell illegal products before your eyes, or miss, or complaints, or … well, still selling them food.

Notably, the magazine Rolling Stone published the note Cuevana: The great Argentine invention with a positive tone, admiring the group of creators of the site that offers movies and series without distribution rights. This shows that the free content on the internet seems to be becoming a right claimed by the new generations who also demand a free cinema.

What Type Of Hair Weaves Should You Choose!