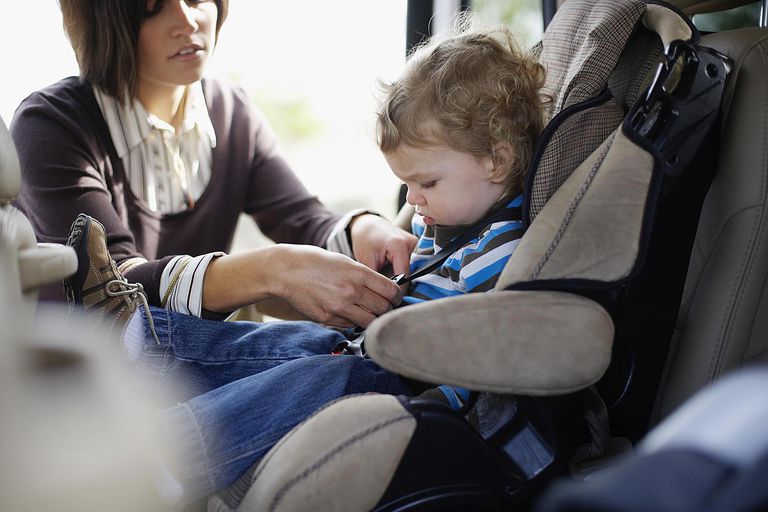 When you compare and choose a baby car seat that offers the balance of price and safety that you want for your baby, it is not less important that that seat is placed in the car seat in the way that best fulfills its function.

This is a fundamental concept that parents-drivers-consumers have to keep in mind. At the international level, there is a consensus and there is no longer any doubt about the seat should go in the opposite direction, so that the child goes backwards.

And this is safer for anyone, for adults as well. If we could go in car from behind, we would be more protected than going head-on, but the design and functionality of the cars does not allow it. Keep in mind that, for example, the astronauts, when re-entry occurs in the atmosphere of the capsule, they go backwards.

If we go forward, all the deceleration force has to be retained by a single element, the seat belt. Thus, when we brake brutally, or worse when we collide, our body, by inertia, goes forward, retains the belt, but this belt exerts a fairly high pressure on the chest. In addition as the head is not retained, because it has no belt that holds it, it is overcome further forward, and the neck can suffer very high forces and cervical injuries.

The surface of a safety belt is small, which is why the pressure is high. Let’s think now that we are going backwards, in the face of that sudden deceleration or collision, what holds us back is the seat back itself, holds our hips, back and also head, and the surface of the backrest is much greater than that of the belt.

The force due to the deceleration is the same and it depends on our mass, and the deceleration, but when it is distributed on the whole surface, the resulting pressure on our body, back and neck, is smaller and we have less chance of suffering injuries.

Well, this is because it is physical, and that is valid for every human being, and it is even more valid and important in case of babies because their morphological characteristics and physical development are very special.

A baby does not have a body as strong as an adult, and especially the weakest point is the head and neck and every mom or dad knows this well. For a newborn, the first and most fundamental thing they tell us is that of ‘holding the baby’s head tight’.

And is that the head of a baby is very large and heavy in proportion to the body, it comes to weigh one-third of the child’s total weight. And that head has to be supported by a weak and fragile neck, with very little musculature and resistance.

So the weakest point in a baby in case of accident is head and neck. If the baby goes forward, in the same direction of travel, in case of abrupt deceleration, nothing will retain the head, and the risk of serious injuries to the neck and cervical will be very high. But if it goes backwards, the head is already supported on the back of the seat, there are no movements, there is no whiplash, and the force due to the deceleration is evenly distributed throughout the surface of the backrest, keeping the baby protected.

How to Chose Daylight for Electrical Benefits?