Why Should You Purchase Samsung Galaxy S8?

Home - General - Why Should You Purchase Samsung Galaxy S8? 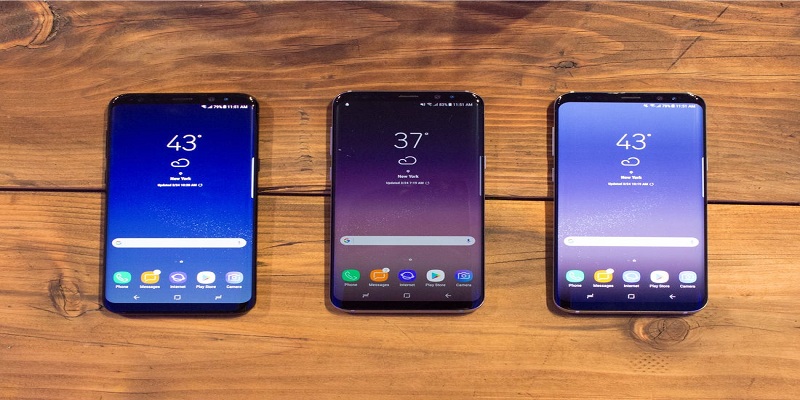 Samsung is the world’s number one smartphone company. The previous models of Samsung smartphones have earned great deal of encouragement by the users. The users looking for faster phone, good cameras, long battery time and stylish body turn towards Samsung. The user who are satisfied by the company and its smartphone eagerly waited for the launch of Samsung Galaxy S8, which was April, 2017. Samsung Galaxy 8 has features which are considered to be revolution by Samsung. Samsung Galaxy 8 is definitely worth being bought by every person who tends to seek the latest technology and comfort.

Samsung Galaxy 8 is packed with features that you are not going to find anywhere else, no doubt that this is going to be the best phone that you will find in the date of date, so don’t just shy away as this is a good investment that you can choose now.

If you are in love with the full sized screen, then Samsung Galaxy 8 is the best one, as it has the best curved screen that you can choose right now, giving you the complete experience of the good looking screens at every time. This is the year where you do not have to get the edge version any more, as it will give you the best features in enjoyment too.

When Samsung Galaxy 8 was launched in the UK, you get two options for the colors selection, as you can choose from the orchid grey and the midnight black, now the option of silver is also available, so you are able to choose from a color that you like the most. On a lighter note, if you don’t like the basic color that this phone has, then you can take help from a phone cover that can help you the best. All of these colors will have a pitch black screen that will give the phone an image of mirror like, so you can choose from any present colors of your choice.

For some people it may be weird to know that there is no home button, but for some it can be something that is exciting and also new.

So, now don’t wait anymore and make sure that you buy Samsung Galaxy S8 and enjoy having the best technology in your hands.

The hardware inside Samsung Galaxy S8 can support all the apps and the download rates that we load it with. Lately, speed has become a major issue with various companies where the core does not support the load of the software and the LTE speed which results in the phone hanging up.

Luckily, Samsung has always been ahead of the curve when it comes to hardware advancement. With the launch of Samsung Galaxy S8 and S8+, the company is presenting its fastest phone to date. So here are some simple facts that will help you determine the speed of the new Samsung S8 series.

In a controlled speed test, T-Mobile concluded that Samsung S8 is capable of gigabit LTE speed. That means that the phone will be able to download in gigabit speed. Right now, majority of the phones and even laptops and PCs sometimes are downloading at megabit speed.

How is the Samsung Galaxy S8 series capable of reaching such high speeds? The answer is the Qualcomm Snapdragon 835 and Samsung’s Exynos 8895 processors that have been integrated in the phone’s hardware. This hardware allows the phone to function at LTE Category 16.

If you’re wondering what gigabit and LTE Category 16 means for your internet usage. Well, Samsung S8 is way ahead it its ability to connect to LTE Category 16 because such speed is not available on any network yet. No network which is operational, can provide gigabit speed. That means that when the networks will provide that LTE speed, you will already have a compatible device to operate on that speed.

In another test, Samsung Galaxy S8 has beaten its competitor LG G6 fairly. Samsung S8 was able to bootup faster to the network when both phones were connected to it. It was also head to head with LG G6 for the browsing tests. It performed better however when simultaneous tabs and apps were opened for browsing. So, it has a slight edge over LG G6 and we know that even an edge can sometimes set the products apart.

Samsung Galaxy S8 is supporting the more recent Snapdragon 835 chip which allows Samsung S8 to load the apps faster and better. The phone can download the apps like Tinder, Snapchat, Instagram, and Smash Hit. It was especially faster while downloading the games which are graphics-intensive like Subway Surfers.

Samsung S8 series is a phone that lets you step in the future and allows you to prepare for the advancements that are expected to take place in the world of technology. LTE Category 16 now looks like a possibility, gigabit operational speed and a simultaneous app running ability are some of the key features that assure the customers of the speed of Samsung Galaxy S8.

Points to Consider When You Hire a Web Content Proofreading Service